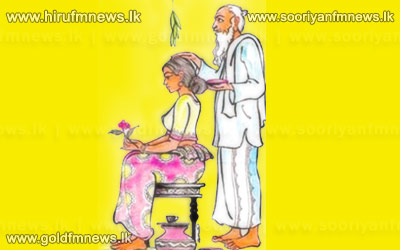 The Sinhala and Tamil New Year was celebrated on a grand scale this year across the country.

Thereafter the President also followed the ritual for transactions at 2 State banks in Tangalle and also awarded prizes to 30 students who passed the scholarship examination last year.

The public was seen giving prominence to religious activities.

The boiling of milk at the Historic Sri Dalada Maligawa in Kandy, was also performed at 1.29 this morning with the dawn of the new year.

A large number of devotees were also seen at the Jaya Sri Maha Bodhiya in Anuradhapura and at the Ruhunu Katharagama Maha Devalaya in view of the historic perahera which will be held tonight.

The anointing of oil will take place tomorrow as the next ritual of the Sinhala and Tamil New Year.

Accordingly anointing of oil should be carried out at 6.41AM tomorrow whilst clad in white facing the East.

The state festival for anointing of oil will be held at Kiriwehera tomorrow under the patronage of the President.