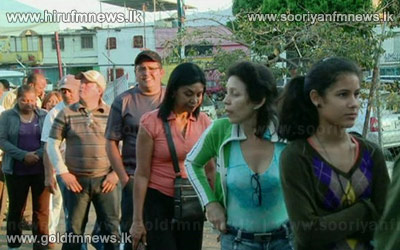 People in Venezuela are voting in a presidential election, called after the death of Hugo Chavez.

Acting President Nicolas Maduro, chosen by Chavez as his successor, is running against Henrique Capriles, currently governor of Miranda state.

Charves died on the 5th of March this year, after battling a tough illness for nearly two years .