Former Deputy Minister Sachiththa-Nanda's vehicle collides with a motor bike injuring 4 persons of the same family; A heated situation after the incident. 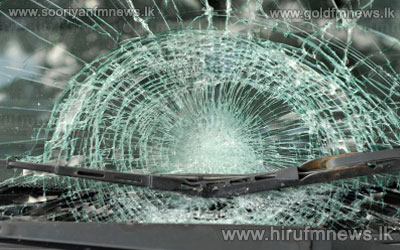 The 4 injured were hospitalised and subsequently a heated situation arose in the area.

The wellawaya police stated that the area residents had assaulted the former deputy minister and damaged the vehicle.

The former deputy minister was later admitted to the Diyathalawa hospital.