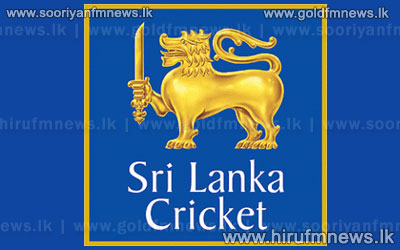 Office bearers for Sri Lanka Cricket will be elected through secret ballot voting in its 55th Annual General Meeting today.

The Department of Elections has been requested by Sri Lanka Cricket to assist it in the conduct of the election.

The secret ballot, would be in accordance with the amendments to the Sports Act.

However, 3 sports clubs of Baduraliya, Kegalle and Moratuwa Sebastianites lodged protests against the nominations handed over by Thilanga Sumathipala and his group for the election of Sri Lanka Cricket.

The Minister of Sports subsequently appointed a 3 member committee to investigate the allegations against Thilanga Sumathipala.

According to the recommendations of the committee Sports Minister rejected Thilanga Sumathipala’s nomination.

Jayantha Dharmadasa is set to become the next SLC president, after the executive committee rejected all three original candidates, and named him the sole nominee for the position.

The sports ministry officials will be monitoring today’s election and director of sports Ranjani Jayakodi expressed her views as follows.

Elections Commissioner Mahinda Deshapriya however stated that they would only provide advice and assistance in the SLC election and will not directly intervene.