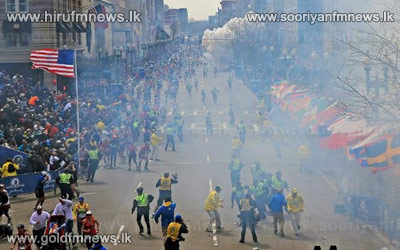 An investigation is under way after two explosions near the finishing line of the Boston Marathon left three people dead and more than 100 injured.

The FBI has taken over co-ordination of what it described as a "potential terrorist inquiry".

Boston police say officers are working around the clock and all leave has been cancelled.

At least 17 people are critically wounded, officials say, and the injuries include several amputations.

In a televised address, President Barack Obama vowed to bring those behind the attack to justice.