TESO to Courts requesting Katchatheevu back to India 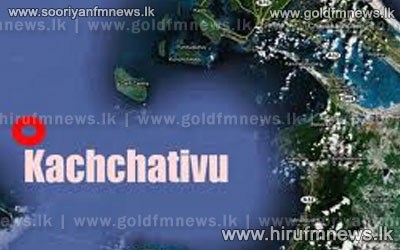 IANS reported today that the DMK-backed Tamil Eelam Supporters Organisation decided to approach the Supreme Court to cancel the 1974 agreement between India and Sri Lanka and also declare the Katchatheevu island as a part of India.

The ownership of Katchatheevu was handed over to Sri Lanka as a result of the Sirima – Shastri agreement signed in 1974.

However, according to TESO, the transfer of any part of Indian Territory to another country has to be done by passing a constitutional amendment.

Our news team inquired from Senior Attorney Gomin Dayasri regarding the legal provisions India has in acquiring the ownership of the Katchatheevu island through such means.

Meanwhile Times of India reported that Indian fishermen have urged the governments of both countries to arrange for talks to arrive at a solution over the fishing issue.

The report however says Sri Lankan fishermen feel that their Indian counterparts should stop harmful fishing practices like bottom trawling and pair trawling, to arrive at an amicable solution.