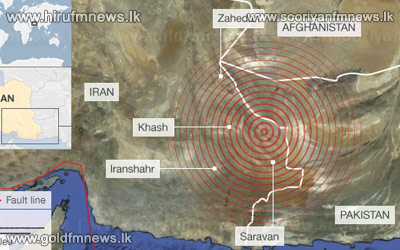 Iran has been struck by its most powerful earthquake for nearly 40 years, with tremors felt across Pakistan, India and the Middle East.

The epicentre of the 7.8-magnitude quake was near the south-east city of Khash, close to the Pakistani border.

Offices were evacuated in Karachi, Delhi, and in the Gulf states.

There were conflicting reports on casualties as Iranian state TV said at least five people had been injured.

It denied earlier reports that 40 people had been killed.