Policy on Lankan illegal migrants will not be changed due to hunger strikes; says Australian prime Minister 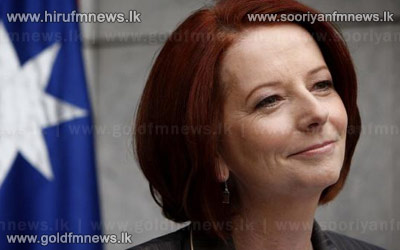 Australian Prime Minister Julia Gillard said Hunger strikes and suicide attempts by Sri lankan asylum seekers on Nauru will not get them ''anywhere''.

Her hard line comes after reports by Fairfax Media that asylum seekers were attempting to hang themselves and self-harming within one month of arrival at Nauru.

Gillard's comments are at odds with Immigration Minister Brendan O'Connor who on Saturday said through a spokeswoman: and I quote: ''No one wants to see incidents of this kind, which is why the Gillard government is moving people into community detention where appropriate.''Unquote.

According to the Department of Immigration and Citizenship, in the 2011-12 financial year about 90 per cent of people who arrived in Australia by boat were later found to be refugees.