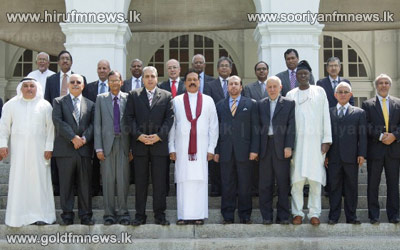 President Rajapaksa assured the delegation that the government will not tolerate anyone perpetrating acts to create communal or religious disharmony.

If anyone has proof and evidence of such incidents, the president said, they should hand over that information and action would be taken promptly.

President Rajapaksa also thanked the delegation for the support of Islamic countries for Sri Lanka at the UN Human Rights Council meeting in Geneva last month. The delegation collectively expressed that they do not condone any country interfering with the domestic issues of another country.