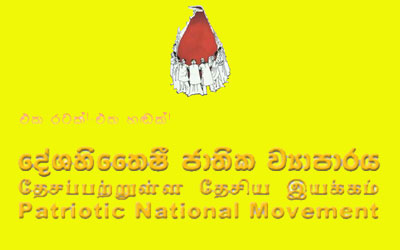 The Patriotic National Movement says The ulterior motive of some news reports on certain American media is to create new conflict in Sri Lanka.

The website also blamed the Al-quida and Hezbollah groups for the recent bomb attacks in Boston.

The website claimed The new recruits of these 2 groups later reach America to engage in various terrorist activities.

However the Patriotic National Movement states that news of this nature is party to the resolution brought by the US India alliance.

Patriotic National Movement Secretary Dr.Wasantha Bandara has to say this…

Meanwhile during a media briefing convened by the Movement for devolution of power to unify, Leader of the New Socialist Party Dr.Wickramabahu Karunaratne expressed his view on the recent bomb attacks in Boston.

Minister Dilan Perera in response to the bomb attacks in Boston has this to say at a meeting in Hambantota yesterday.