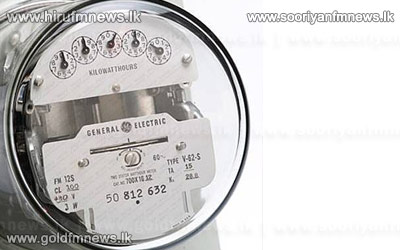 The Public Utilities Commission has granted approval to the Ceylon Electricity Board to increase electricity tariffs with effect from April 12.

According to the new tariff rates permitted by the Public Utility Commission, the charge for 40 units of domestic use will be 384 rupees against its previous bill of 244.25 rupees

The Commission has also recommended charging Rs.34 per unit from 900 units onward.

However the Public Utility Commission has imposed eight conditions on the Electricity Board before the tariff is revised this time.

Commission President Dr.Jayatissa de Costa insisted that the Electricity Board should fulfill these conditions before the next price revision.

Explaining the conditions further he had this to say…….

In response to a call of public view on the revision of electricity tariff, nearly 270 persons had written to the Commission while over 80 persons expressed their views personally at a special session on April 4th.

When asked why the prices were increased despite the majority of participants had objected to a tariff hike, the President of the Public Utility Commission had this to say……..

Meanwhile views were expressed on the revised electricity tariffs at several media briefings in Colombo today.

Lanka Private Bus Operators Association President Gemunu Wijeratne told a media briefing in the morning that the revision of electricity bill would reflect on his claim for a bus fare hike.