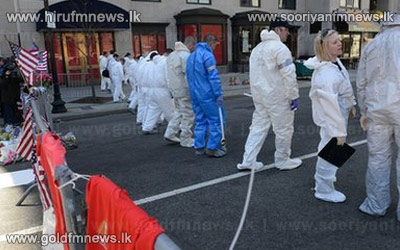 Officials investigating the Boston Marathon bombings say they have found images of a potential suspect from surveillance camera footage.

Boston City Council President Stephen Murphy, who was briefed by police, said a man was seen dropping off a bag at the scene.

Earlier, the FBI denied widespread reports that a suspect had been arrested.

Three people died in two blasts near the marathon's finish line on Monday.

Dozens more people remain in hospital, many of them seriously injured.