North Korea lists terms for talks with US and S Korea 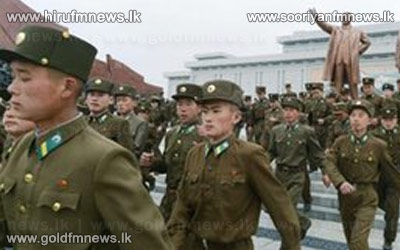 North Korea has said it was ready to talk if UN sanctions against it were withdrawn and if the US and South Korea put an end to joint military drills.

The conditions for dialogue were outlined in a statement from the North's National Defence Commission and carried on official news agency KCNA.

The UN imposed sanctions on North Korea after the country conducted its third nuclear test on 12th February.

The US and South Korea's annual joint military drills began in March.