The Kahataga mine fast ends. 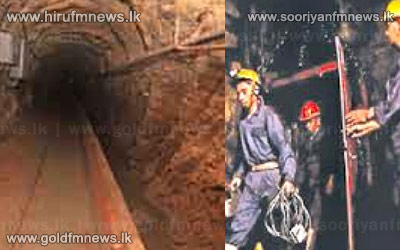 The employees of the Kahatagaha coal mine situated at Gokaraella in Kurunegala have called of the fast that they had launched.

That was after the representatives of the committee appointed by the Industries and Commercial Affairs Ministry held a discussion with them last afternoon.

Industries and Commercial Affairs Ministry Affairs Secretary Anura Siriwardhana said that accordingly those who had engaged in the fast had promised to return for work from tomorrow.

The Secretary said further that at the said discussion the Ministry representatives had agreed to grant the demands that could be granted.

After the end of the fast a mine worker who had engaged in the fast expressed his views to our news team as follows: