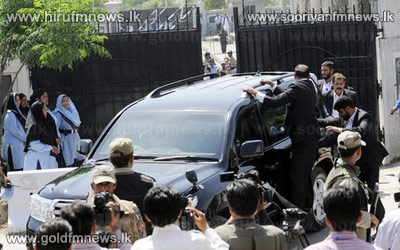 A court has ordered the arrest of General Pervez Musharraf over his attempt when Pakistan's military ruler to impose house arrest on judges in March 2007.

Musharraf was present at the Islamabad High Court when the judges issued the order.

He had been seeking to extend bail in the case.

Police present made no attempt to arrest him as he left the court.