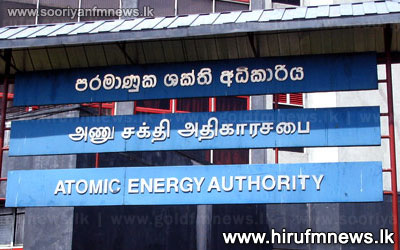 A sample test carried out by the Sri Lankan Atomic Energy Authority has found some acute radioactive particles which were released by the Chernobyl nuclear explosion of Ukraine in Sri Lankan soil.

30 persons were killed instantly and another 4000 believed to be died of its after effects in 1986.

The catastrophe which caused various illnesses to many thousand believed to be the world’s most disastrous nuclear accident.

Later its radiation effects were spread to many parts of Western Russia and Europe.

The new threat of radiation to the country was found during a soil testing program to ascertain whether there are any possible dangers being posed to the country by the recently commenced Kundankulam Nuclear Plant in South India.

The Atomic Energy Authority has collected 100 samples from different parts of the island, and 65 samples have already been tested.

When asked the radiation of Chernobyl explosion spreads over 9406 km to Sri Lanka, what would be the situation of a possible nuclear leak by Kundankulam.

Describing such an imminent danger Dr.Wijewardana has this to say: