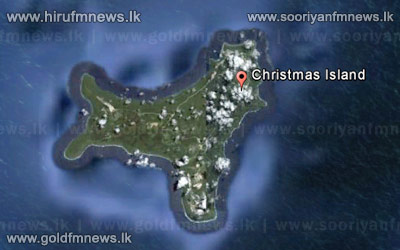 AN asylum seeker boat with 153 people on board has been intercepted near Christmas Island.

The boat, which has the largest number of passengers since October 2012, including Sri Lankans, Pakistanis and Afghnas were given assistance by an Australian navy vessel on Wednesday after it asked for help.

Its 150 passengers and three crew were transferred to Christmas Island for security and health checks.

It comes as Immigration Minister Brendan O'Connor insisted the Sri Lankan asylum seekers who managed to reach Geraldton on a boat, and were later returned home, were not genuine refugees.

Of the 66 asylum seekers who reached the West Australian port last week, 38 were returned to Colombo yesterday.

O'Connor says the remaining 28 will have their refugee claims assessed.