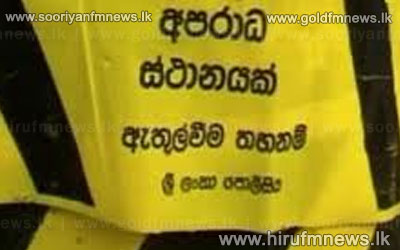 A husband & wife have been hacked to death at a home adjacent to the Pulmude-Mahasenpura Vidyala.

Police suspect that the murder may have taken place last night by the hands of unidentified suspects.

The body of the female victim was discovered within the scene of crime while the corpse of the male was discovered lying around 500 meters away from the house.

According to the Pulmude police investigations are underway to nab a woman, a resident of the same area who is suspected to have influenced the murder of the victims.

However no suspects have been placed under arrest so far.