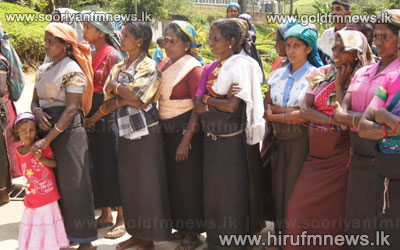 A tense situation is said to have arisen during a protest which was organized by the Estate Sector Trade Union today at the Kotagala-Pathana junction which urged authorities to increase the daily wages of estate workers.

According to our correspondent at the location the tense atmosphere had arisen between supporters of the Ceylon Workers Congress & those engaging in the protest.

Police have been deployed to the area while traffic on the route has also been hampered.