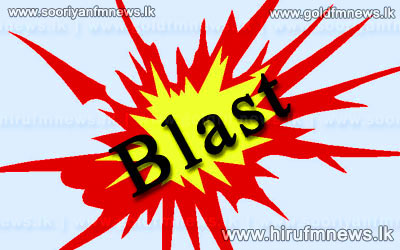 Police said the hoarding of fire crackers haphazardly was the reason to the blast in a shop at Akuressa this morning.

Officers attached to the Special Task Force and trained on ammunitions started investigations just after the blast this morning and they discovered the blast occurred due to irregular stocking of fire crackers.

Secretary of the All Ceylon Fire Crackers Manufacturers Association Stanley Dissanayake said there are standard methods to be followed by fire cracker stockists and retailers.

Meanwhile Mutwal Police said a 47 years old housewife was killed this morning when the kerosene stove which she was trying to light blasted at Wallson place in Mutwal.