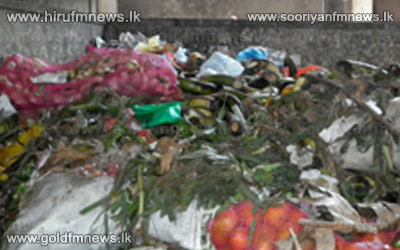 Vegetable dealers at Economic Centres throughout the country and Colombo Manning Market find it difficult to sell their full stocks after the festival season.

A spokesman from the Colombo Manning Market said large stocks of vegetables brought for sale were not sold today.

The traders who brought low country vegetables to Colombo this morning took them back as they failed to sell the stocks.

Reports from Dambulla states that some whole sale dealers at Dambulla Economic Centre too failed to sell about 50 thousand kg of vegetables yesterday and they were disposed later.

The traders were unable to fetch a minimum price of even 10 rupees per kg for vegetables such as Brinjal, Pumpkin, Cucumber and Snake Gourd.

When our News team contacted Agriculture Minister Mahinda Yapa Abeywardana, he said the reason is the unpreparedness of the market to face such conditions.

Meanwhile vegetable farmers said they cannot sell the harvest at all and requested the authorities to intervene in the matter to remedy the situations.