Wasudewa complains to President against Thondaman 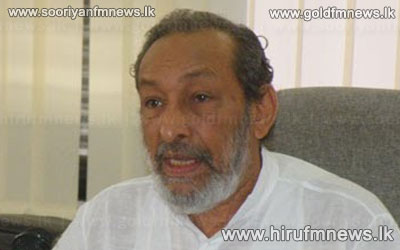 Minister Vasudeva Nanayakkara says that he wants to complain to the President against Ceylon Workers Congress Leader Arumugam Thondaman for interrupting his recent protest in Kotagala.

Addressing journalists in Colombo today, Minister Nanayakkara said that Minister Thondaman has abused his powers and harassed the government supporters.

Supporters of Ceylon Workers Congress allegedly intimidated a peaceful protest by the members of the Plantation Industry Union organised in Kotagala yesterday.

A commotion was developed between the two groups and a stone was hurled at Democratic Peoples Front leader Mano Ganeshan.

Minister Nanayakkara has this to say.