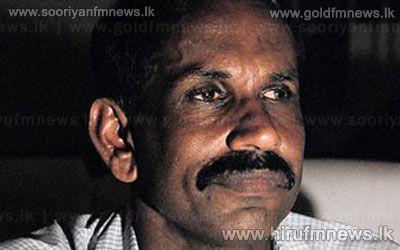 Former Media Spokesperson of the LTTE Daya Master states that he has been invited by two leading political parties to contest upcoming Northern provincial polls.

When inquired Daya Master confirmed that he would be in contention for the Northern provincial polls, but stopped short of mentioning his political allegiance.

However he noted that he would be contesting under a banner which shares his political stance.

When contacted in this regard Tamil National Alliance Parliamentarian Mawei Senadhiraja however stated that Daya Master did not posses the prerequisite to become a leading figure of the TNA.

Although our news team attempted to obtain the views of General Secretary of the EPDP Douglas Dewananda with concern to the proposed candidacy of Daya Master, the attempts proved futile.

However Jaffna District UNP Parliamentarian Wijayakala Maheshwaran speaking to our news team noted that that her party had not concluded the selection of candidates poised for the Northern provincial polls yet.

The selection process is said to take place subsequent to a tour of the Northern province party leader Ranil Wickremesinghe.