North is back to normal; President 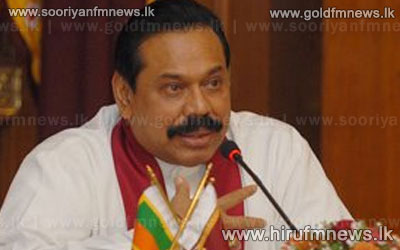 President Mahinda Rajapaksa said the government has decided to hold the Provincial Council election in the North this September.

Addressing the media institution heads and editors this morning, the President said it is conducive to hold elections in the North as the life in the province has returned to normal.

Referring to the recent bomb attacks in Boston, President Rajapaksa said, had this incident happened in Sri Lanka, various groups and Rights activists would have blamed the government.

He also said no accusation would be accepted until sufficient and tangible evidence are found to prove the charges.

Answering the media heads during the meeting, Economic Development Minister Basil Rajapaksa said the major portion of the American aid was spent to provide wheat flour to the displaced and on demining projects in the North.

He said the resettlement is already completed and 95 percent of demining is also finished.