An invitation to Peradeniya University from Buckingham University for a dialogue on meteorites. 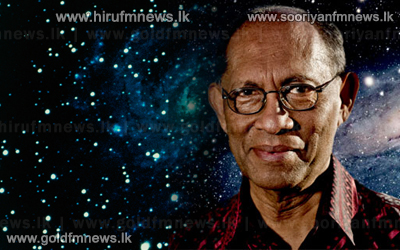 England’s Buckingham University Astro-biologist Professor Chandraa Wickremesinghe invites Peradeniya University researchers to come for a discussion with him for resolving the opinion clash with regard to the meteoroids fallen in Sri Lanka.

The professor came to the island day-before-yesterday along with a team of scientists for preparing a documentary on the Discovery Channel.

A team of scientists including Professor Chandraa Wickremasinghe held a research on these meteoroids.

It was revealed at this research that a mono cell microbe species exist in these meteoroids.