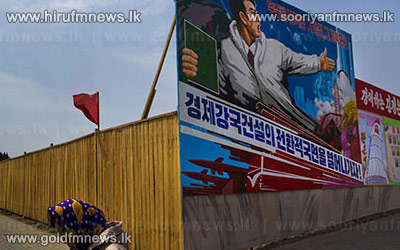 North Korea demanded that it be recognised as a nuclear weapons state, rejecting a U.S. condition that it agree to give up its nuclear arms programme before talks can begin.

After weeks of tension on the Korean peninsula, including North Korean threats of nuclear war, the North has in recent days begun to at least talk about dialogue in response to calls for talks from both the United States and South Korea.

The North's Rodong Sinmun newspaper rejected as groundless and unacceptable the U.S. and South Korean condition that it agrees to dismantle its nuclear weapons and suspend missile launches.