Chandra Wickramasinghe invited to Peradeniya for research on meteorites 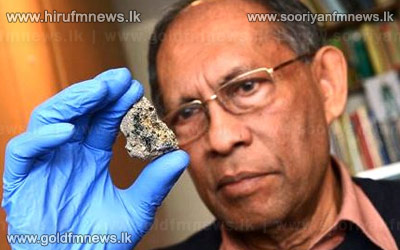 The Vice Chancellor of the Peradeniya University Professor Athula Senarathna said today that he is ready to participate in any debate over the controversial claim by Prof.Chandra Wickramasinghe that life exists beyond Earth.

Director of the Buckingham Centre for Astrobiology at the University of Buckingham Professor Chandra Wickramasinghe who investigated the meteorite found in Aralaganvila, Plonnaruwa recently has discovered some microscopic biological fossils — indisputable proof, he claims, that life exists beyond Earth.

However the scientists at the Peradeniya University rejected

Prof. Wickramasinghe’s claim and informed the media today that he and his scientists accepted the invitation by Prof. Wickramsinghe to debate over the claim.