A university couple dies as a result of a dispute. 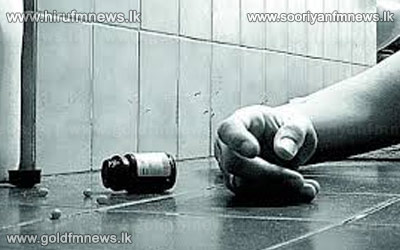 An incident of a boyfriend making her girlfriend drink poison and committing suicide by injecting himself with a poisonous inoculation was reported yesterday.

The female student, a resident of Maarassana in Kandy following the computer technology course at the Moratuwa University had consumed a handful of tablets for committing suicide at her home on 22nd instant over her boyfriend having relations with another girl.

Falling ill due to this the Moratuwa university student was admitted to the Kandy General hospital. It is said that subsequently after receiving treatment she was waiting at the hospital intending to go home.

Her parents had got late to come to the hospital to take her home.

Initial police investigations have revealed that during this time her boyfriend had thus made her drink a packet of milk contaminated with poison.

On this occasion the university student had fallen ill again and due to this she was admitted to the hospital’s intensive care unit.

However in a few minutes after admission to the ICU she had died.