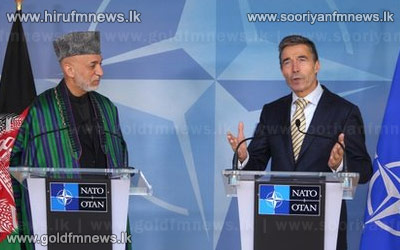 Nato chief Anders Fogh Rasmussen has called on Pakistan to combat militants who use the country as a launch-pad for attacks on neighbouring Afghanistan.

He was speaking alongside Afghan President Hamid Karzai on the eve of US-led talks aimed at soothing tensions between Afghanistan and Pakistan.

Nato is set to end its years-long combat mission in Afghanistan before the end of next year.

Karzai said he was looking forward to Nato's continued support.