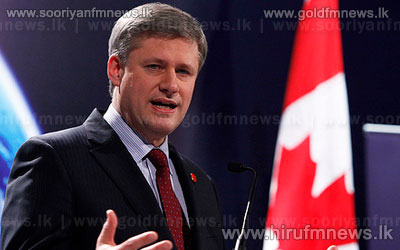 Canadian Prime Minister Stephen Harper is hinting he would like to see this year’s Commonwealth summit moved out of Sri Lanka in protest over the country’s human rights record.

Harper has made it clear for more than a year that, without major reforms, he personally will not be attending next fall’s Commonwealth Heads of Government Meeting in Colombo.

In response to a Liberal question in the Canadian House of Commons about moving the whole summit to Canada, Harper says he and all MPs are of “one mind” on the issue.

Meanwhile, Human Rights Watch said A senior Commonwealth advisory group should  recommend the organization shift the venue of its November 2013 Heads of Government Meeting  from Sri Lanka unless the government makes prompt, measurable, and meaningful progress on human rights.