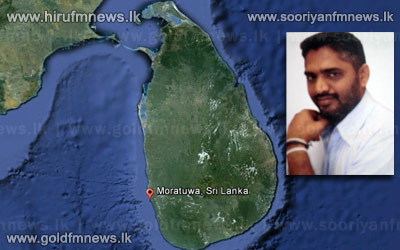 A tense situation arose today when Deputy Mayor of Moratuwa Sujith Pushpakumara, one of the suspects assumed to be involved in the murder of Venerable Matigahathanne Wimalawansa Thero arrived at the premises of the Moratuwa Municipal Council today in order to take part in the institutions monthly meeting.

According to our correspondent a group of monks as well as residents had protested against the deputy mayor’s arrival.

The suspect had been escorted from prison to the Moratuwa Municipal Council based on a court order to obtain approval for his absence.

Subsequent to his arrival protesters had blocked his entrance for around one and a half hours.

Through the intervention of the riot police the protesters were later subdued, where as the suspect was re-escorted to prison.

Our correspondent adds that the monthly session of the Moratuwa Municipal council is proceeding as per normal at present.