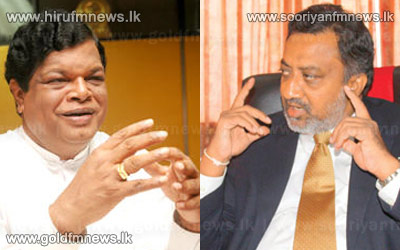 Southern Provincial Minister of Education Chandima Rasaputra states that he has questions regarding the activities of the Ministry of Education in Isurupaya.

He made this statement while speaking at a function held in Sangamitta College, Galle which was attended by the minister of education Bandula Gunawardena.

Responding to the claims made by Minister Rasaputra, Minister Bandula Gunawardena stated that when taking decisions regarding national education, he does not give preference to a particular province.