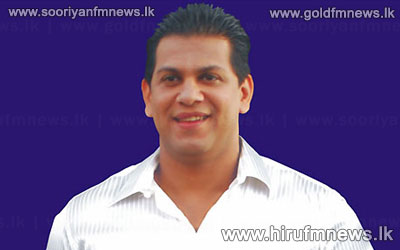 MP R. Duminda Silva who sustained grievous gunshot injuries to his head left the Nawaloka hospital in Colombo at around 11.30 this morning.

Expressing his views to the media prior to his departure MP R. Duminda Silva noted that he was headed for the presidential palace in order to receive the blessings of the President.

A large number of well wishers were witnessed outside the Nawaloka hospital in Colombo prior to the departure of MP R. Duminda Silva.

Several of those gathered at the location expressed the following views to our news team with regards to MP R. Duminda Silva.