What is the true reason for increasing electricity tariffs? - Queries opposition leader 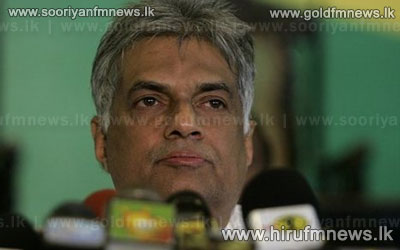 Opposition Leader Ranil Wickremesinghe says that the government has failed to reveal the exact reason for the hike in electricity tariffs.

Speaking at a meeting that was held in Vavuniya yesterday the Opposition Leader stated that hence government Ministers were making contradicting statements on the matter.

However an intellectuals forum was held in Colombo yesterday regarding the hike in electricity tariffs.

Former Minister of Power Patali Champika Ranawaka speaking at the forum stated that the need to save electricity was witnessed only among those with a usage less than 90 units.

UNP Parliamentarian Dr. Harsha De Silva speaking at the forum stated that they would fight for social justice.

Meanwhile, Minister Wasudewa Nanayakkara stated that concessions should be provided to those who consume electricity less.