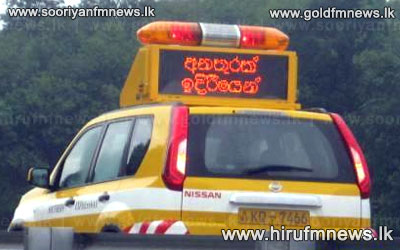 2 persons were killed in an accident which occurred near the entry exit point in Baddegama on the Southern Expressway this morning.

Those killed were residents of Hakmana.

This accident brings the total number of accidents on the Southern Expressway up to 7.

According to police 9 persons have succumbed to their injuries as a result of these accidents.

5174 court cases have been filed against errant drivers for violating speed limits.

Police is of the opinion that accidents on the Southern expressway have escalated due to the non fastening of seatbelts both by drivers and commuters.