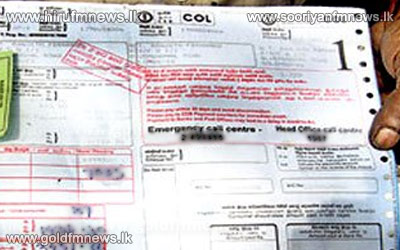 United National Party Parliamentarian Joseph Michael Perera states that the recent power tariff hike has created a myriad of issues within the government.

UNP MP Joseph Michael Perera made this observation while addressing a media briefing which was convened by the opposition this afternoon.

Moreover leader of the New Left Front Dr. Wickramabahu Karunarathna expressed the following views in this regard.

Meanwhile General Secretary of the JVP Tilvin Silva who expressed views at yet another media briefing which was convened by the opposition today noted that the government instead of offering concessions was incorporating evasive measures.

Former Minister of Power & Energy who took part in a recent think tank meeting was of the opinion that the energy issue should be resolved amicably.