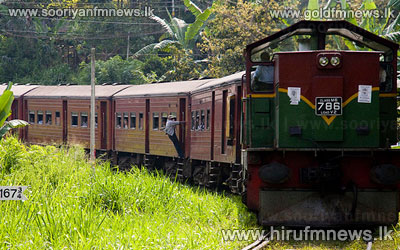 The island wide railway strike, which was scheduled from midnight today, has been suspended as followed by discussions with authorities.

Railways Joint Trade Union Convener Janaka Fernando stated that they had decided to suspend the strike action until Tuesday following a meeting between eleven trade unions representatives and Secretary to the Ministry of Transport Dhammika Perera.