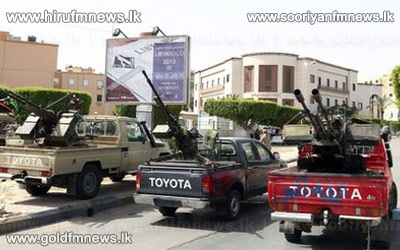 According to witnesses, dozens of armed men stopped workers entering the building and moved traffic away from the area.

Libyan officials have been unable to agree the terms of a law barring figures from the late Col Gaddafi's government from entering politics.

Armed groups have responded by storming the Congress on several occasions.

Prime Minister Ali Zeidan, at a news conference, urged Libyans to back their government in the face of "people who want to destabilise the country".