Japan Prime Minister in Russia for talks on territorial row. 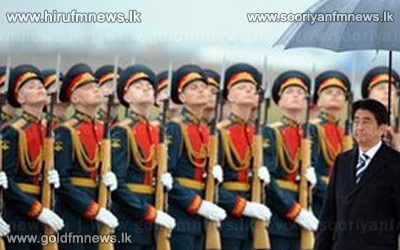 Japanese Prime Minister Shinzo Abe is in Russia for the two nations' first top-level talks in a decade.

Discussions are set to focus on energy deals and a territorial row unresolved since the end of World War 2.

Ahead of the visit, Abe said he wanted to build "a trusted personal relationship" with President Vladimir Putin.

He also said he wanted to revive talks on a post-war peace deal - something so far prevented by the territorial row.