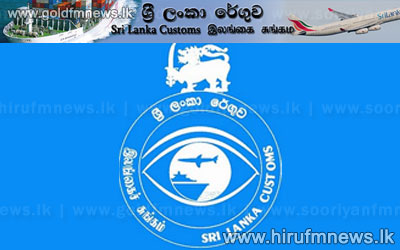 Customs officers today inspected 3 places owned by a Pakistani national who is suspected to have brought down 30,000 birth control vials stashed in a container packed with potatoes.

Customs officers who were unable to locate the officer subsequently requested of the Immigration & Emigration Controller to bar the individual from leaving the country.

The stash of vaccination vials utilized for birth control was discovered by customs officials on the 27th of this month.

Estimated to be around 30 million rupees, this by far remains the largest consignment of contraband which has been imported to the country.

Information has revealed that the suspect had been operating an agency for importing potatoes in Sri Lanka.

3 containers containing potatoes were inspected at the Orugodawaththa customs yard in the presence of the suspect.

According to Director of Customs Mali Piyasena the suspect had fled the site while inspecting the 3rd container.

Vaccines of this nature should be generally stored under a prescribed temperature.

Dr. Hemantha Beneragama, Director of the Cosmetic Devices and Drugs Regulatory Authority however noted that these vaccination vials had been stored under a high temperature.

Dr. Benaragama also expressed the following views with regards to illegal pharmaceutical drugs which are imported to the country by various individuals.

Director of the Cosmetic Devices and Drugs Regulatory Authority Dr. Hemantha Benaragama meanwhile expressed these views with regards to precautionary measures which consumers could take in order to avoid purchasing such contraband.