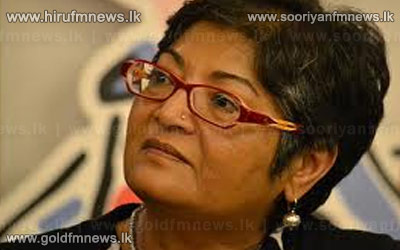 Yazmin Sooka who was part of the UN Expert Panel Appointed by its Secretary General states that she is shocked that the country will be allowed to host the Commonwealth Heads of Government Meeting this year.

In an interview with Australia’s ABC Network Yasmin Sooka, who was asked by UN chief Ban Ki-moon to investigate allegations of human rights abuses during Sri Lanka's war, says the country is still perpetrating abuses against its own civilians.

She praised Canada for saying it would boycott the November CHOGM meeting unless Sri Lanka investigates suspected war crimes.

Sooka says she's surprised that other commonwealth countries, including Australia, are employing “a weak line" in saying they will attend the meeting.

However Yasmin Zooka did not arrive in the country while preparing the Darusman report.

Despite the fact she has been dubbed a human rights expert.