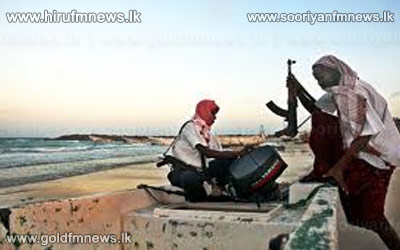 Manager of the Local Agent of the container ship which was attacked on April 25th off the coast of Nigeria Sampath Waduge said that there were no Sri Lankans among the five hostages.

Earlier, media reports stated that there were 3 Sri Lankans among the crew who were taken away by pirates after the attack.

However 14 Sri Lankans and 7 foreigners are included in the crew of the ill-fated Antigua and Barbuda-flagged MV City of Xiamen.

The pirates also took away a cache of money from the ship along with the five crew members but they failed to hijack the ship as she sped forward.