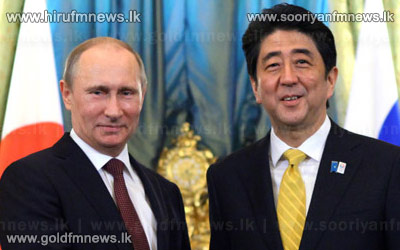 Russian President Vladimir Putin and Japanese Prime Minister Shinzo Abe pledged to renew efforts to find a solution to a decades-long territorial row that has prevented the two sides from signing a World War 2 peace treaty.

After two hours of talks in the Kremlin, they agreed to order their foreign ministers to reopen talks on finding options for a solution that could be presented to the leaders.

Abe, making the first high-level official visit by a Japanese prime minister to Moscow in a decade, hailed the outcome as a "great result" and said he had succeeded in building a strong bond with the Russian leader.