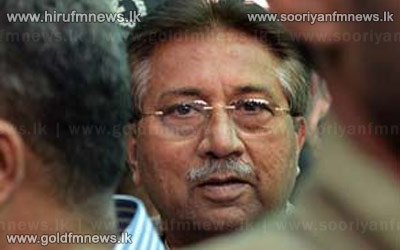 Lawyers say a Pakistani court has banned former military ruler Pervez Musharraf from running for public office for the rest of his life.

One of Musharraf's lawyers, Saad Shibli, says he plans to challenge today’s ruling in the Supreme Court.

Judges had already barred Musharraf from running in the May 11 parliamentary election because of his actions while in power.

The Peshawar High Court handed down the lifetime ban after hearing an appeal by Musharraf's lawyers to allow him to run in the upcoming election.

Musharraf returned to Pakistan last month from self-imposed exile to make a political comeback, but his fortunes have gone from bad to worse.