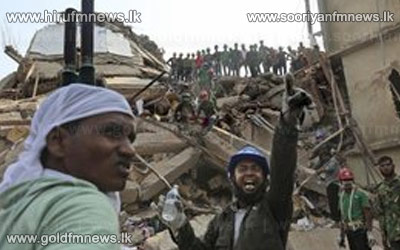 Tens of thousands of Bangladeshis joined May Day protests today to demand the execution of textile bosses over the collapse of a factory complex, as rescuers warned the final toll could be more than 500.

Despite calls by the prime minister for "cool heads", tensions over the country's deadliest industrial disaster showed little sign of abating and there were fears of more violence and vandalism at textile mills.

Workers holding red banners and flags chanted "Hang the killers, Hang the Factory Owners" as they took to the streets of Dhaka at the start of a series of nationwide demonstrations during the public holiday.

Police put the number of protesters at the main rally in Dhaka at more than 20,000, and there were smaller-scale protests elsewhere in the capital and in other cities.