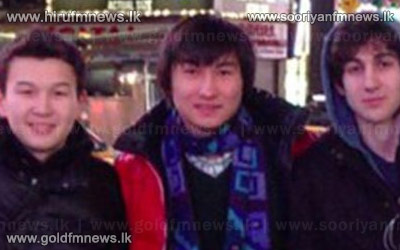 Three 19-year-old friends of one of the alleged Boston bombers were charged with trying to cover his tracks by throwing out fireworks and a laptop and then lying to US police.

The three teenagers -- two Kazakhs and an American -- were fellow students at Dzhokhar Tsarnaev's university and appear to have been hastily trying to keep him out of trouble rather than taking part in an organized conspiracy.

2 were accused of conspiring to destroy a laptop and backpack containing fireworks belonging to Tsarnaev, while the American, is charged with making false statements to police.