The Australian Minister for Immigration and Citizenship arrives in the Island 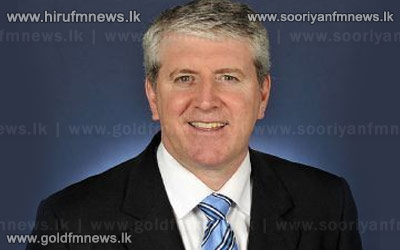 The Australian Minister for Immigration and Citizenship Brendan O’Connor arrived in Colombo today as part of the Australian Government’s continuing commitment to deepening Australia’s relationship with Sri Lanka.

The Minister will meet with senior government ministers and agency officials to discuss ongoing cooperation in enhancing migration management.

The Minister will also seek to strengthen ongoing cooperation with Sri Lanka on the shared challenges of irregular migration and people smuggling.

O’Connor said the visit would highlight Australia’s keen interest in continuing to work closely with Sri Lanka on issues discussed at the recent Bali Process meeting.

O’Connor said Sri Lanka is an important regional partner, and hopes to reinforce the strong working relationship on a range of migration issues.

O'Connor has been accompanied by Department of Immigration secretary Martin Bowles, who co-chaired the inaugural meeting of the Sri Lanka- Australia Joint Working Group on People Smuggling and Transnational Crime in December last year.

The Department of Immigration and Citizenship confirmed the 35-year-old's death is now the subject of an investigation.

The matter has been referred to the relevant agency and the department will co-operate with any resulting investigation.

Another group of 42 Sri Lankan irregular maritime arrivals were flown home from Christmas Island to Colombo today, taking the number of Sri Lankans returned home since August 13 last year to 1,071– 862 of them involuntarily.