Possibility of current Information in NIC to be printed in Tamil 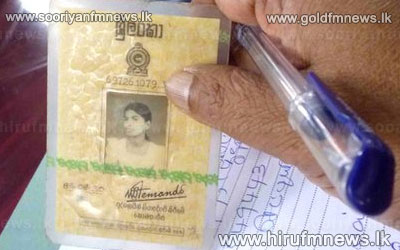 The Attorney General’s department informed the Supreme Court today that possibilities are now being explored to enter the current information of the National Identity Card in Tamil language too.

Deputy Solicitor General Viraj Jayaratne appearing on behalf of the Attorney General stated this before a bench of 3 Supreme Court Judges led by the Chief Justice when a fundamental case was taken for hearing.

A resident of Maharagama who filed a petition stating that he had to face great inconvenience in interacting with Tamil speaking people during a visit to the North and the East as many people in the two provinces were unable to read Sinhala language.

He further stated that it is unfortunate to mention that information in the Sri Lankan ID is given only in Sinhala language while Tamil language has also been accepted as a State and Administrative language in the country.

Further hearing of the case was put off till the 20th of June.