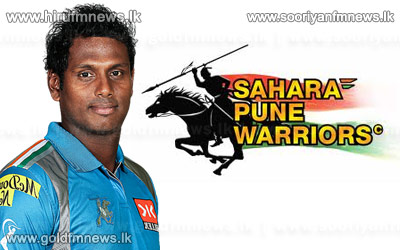 Angelo Mathews has stepped down as Pune Warriors captain.

The out-of-form Sri Lankan has admitted that he was relinquishing his position because his spot in the playing was uncertain.

Pune have had three captains this season.

When Mathews dropped himself, Ross Taylor took over But it is Finch who has been leading the side.

Meanwhile, RCB snapped a two-match losing streak and also picked up their first away win in IPL 2013, to move to within four points of table toppers CSK, while Pune stay rooted to the bottom with their ninth loss in eleven games.

Chris Gayle could not produce an encore against the side he smashed a world record 175 a few days back, but AB De Villiers more than made up for the big West Indian's failure by playing a little gem of an innings to lead the Royal Challengers Bangalore past the Pune Warriors.