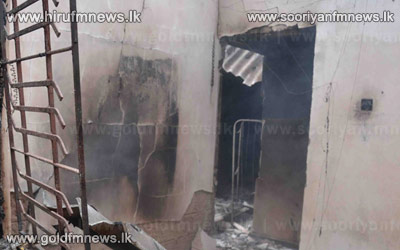 An arson attack has been launched on the homes of the suspects of the murders of a mother & her two children in the Karandeniya-Kotawela area.

According to the Karandeniya police the house of one suspect has been completely incinerated.

The corpses were recovered last several days after the murder had taken place.

The suspects who were arrested subsequently were found to be father & son of the same family.